How to AB Test with your SEO pages 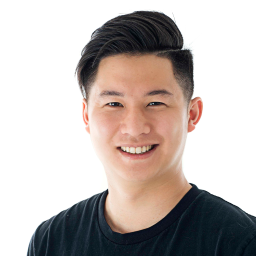 Hi guys, and welcome to another edition of Zupo SEO Talk & Tea.

Today's conversation, how to A/B test with your SEO pages. This is an important conversation because I will have to admit I've gotten this wrong. I think I've actually filmed the video that talked about this before, but I think I got some information wrong. So I just want to own up to it and film a new video to kind of clarify how we're going to do A/B testing.

So before we begin though, I want to introduce the tea we have today. Today we have a tea from, not Teavana. It's just the casing I use. But this is a green tea that has some importance to my family. My father, years ago, went back to China to go reconnect with our, I guess, actually, clan. My family has been removed from China for about six or seven generations. He wanted to go back and touch back with the roots. When he went back to go meet our clan, they gifted him some of this tea. So this is a great tea to have. It's a green tea. And I have it every so often when I want something soothing.

But let's go ahead and get started talking about A/B testing SEO, and brew some tea. So with A/B testing, A/B testing is pretty prevalent when it comes to paid advertising. So if you're doing PPC or anything like that, or Google Ads, you most likely are involved in A/B testing. The problem with A/B testing SEO is it gets a little bit difficult with the two. And in a SEO purpose, usually you don't want to mess with a page too much because you're trying to get it ranked. Or it took you so long to get it on the first page, you don't really want to mess with it too much. But at the end of the day, it is still good to A/B test, even your SEO pages, because you want to make sure that, on one hand, you're getting your page ranked on Google on the first page. On another hand, you want to make sure that when people visit that page, that they're actually converting.

So I'm not going to go that much into detail about like why A/B testing SEO is important. If you're watching this video, you probably already know. Let's go jump and dive into the meat of this, though. And this is what I want to talk about. How to properly A/B test in SEO. So I will tell you, like right off the jump, what I have done and what mistake I've made. I have, in the past, what I've done to do A/B testing, there's already the original version. I have the original version of a page. We already have it. And then what we do is we create an alternate. The B version. So the A is the original. B is the alternate.

We'll create an alternate version of that page. And what I have done is I use the tool Google Optimize, which is a free tool from Google where you can run A/B tests. I like to run a redirect test. There's different version that Google Optimize has. I like redirect test. And what a redirect test is, is that when someone lands on that URL, they will either go to that URL, or be redirected to another URL, which would be the B alternate. So for example, if I have a website called .com/about, I might have a redirect test that says anytime someone navigates to .com/about, redirect half of them to .com/aboutourteam. So there's two versions.

And so this is all plain and simple, but this is where implementation gets really important. There's a couple of things we want to make sure we're not doing. Actually, hold on, let me go back to my story. So what I've done before is, the B version of the page, the alternate, what I have done in the past is noindex that page. And so that way, Google knows that this page, the B alternate, is not what we want indexed, and the A version is the original, and that's the one we want indexed. Now, that's where the mistake actually is. And I've actually run into a huge issue with this.

Noindexing an alternate page that is almost exactly like the original, which is going to be the case through A/B test pages, because when you're testing two different pages, they will most likely be very similar. If you noindex the alternate or the B version, like I just talked about, what you can risk is that when Google reads the B version, they can see that's almost an exact copy of the A version, but the B version has no index. What they can do is say, "Huh? The A and B look really similar. And if B is supposed to be noindex, A probably might want to be unindexed." And they may unindex the A original version. That has happened to me before with some of my clients. It was a big fiasco. So we had to kind of figure it out on the fly. Luckily for my clients, everything got fixed. But it was a big lesson for me that you do not noindex.

So let me get to how you actually A/B test when you're doing SEO. The implementation is not noindex. It's canonical. So what that means is, when you create the A version, which you already have, that's great. When you create the B version, you don't noindex it. So you do index it. So you allow Google to index the B version. And then second, you put a canonical tag on that page, referencing the original A version. So again, the example that I gave earlier, this .com/aboutourteam, would have a canonical tag that would point to the original .com/about. That tells Google these are other pages that exist. The B version's another page. But the original is here and we want to give all credit to the original. This is not supposed to be a standalone page. It's just a version of this first one. Please give all credit to the original. This way, Google can index both pages, but then they'll know that, okay, you don't really want that alternate page to be really indexed or shown to users in organic search. You more so want to add for testing purposes or for whatever other purposes.

So all in all, you do not noindex pages. You canonical the page. So your alternate versions of the pages should always canonical to the original version of that page. So again, this is the way that I would A/B test. Again, this is in the redirect sense, if you're doing a redirect A/B test. If you're doing the other implementations, you don't necessarily need to have to do this. But I'm specifically talking about if you have two versions of a page, two URLs, and you have people go into two different ones. So in summary, do not noindex because I already made that mistake and I've had pages fall out of Google. So don't do that. What you want to do for an A/B test, you have your original version and then your B version will have a canonical tag that points to the original page.

So hopefully that clears it up on how you're going to A/B test doing it with SEO. I've already made that mistake before. Hopefully you can learn from my mistake. You don't have to make that same mistake. But this is all just a learning experience. So we can all help each other out. So hopefully that was helpful, guys. I'm going to go ahead and pour out my tea. If you found the video valuable, please like and subscribe. And I hope to see everybody again soon. Thanks, everybody.

Jason is founder and CEO of Zupo, which is an Orange County based SEO consulting agency helping construct powerful long term SEO strategies for our clients. Jason also enjoys multiple cups of tea a day, hiding away on weekends catching up on reading and rewatching The Simpsons for the 20th time.

Subscribe to our newsletter to keep up with the latest trends!

Please log in again. The login page will open in a new tab. After logging in you can close it and return to this page.